Serving with Integrity and Compassion.

Learn More About Us

We use the acronym WE ARE ACFR to list our organizational values, which are: Wellness, Empowerment, Accountability, Respect, Excellence, Attitude, Communication, Family and Recognition. To learn more about our values, click here.

Check out The Fire Life

A brand new podcast from Adams County Fire Rescue that takes you behind the scenes and introduces you to the men and women of ACFR! There is so much more to being a firefighter at ACFR than meets the eye. We give you a unique opportunity to learn about everything that goes into the fire service. There’s no job out there like it!

Our “Cooking with ACFR” series continues as we stop by Station 13 and check in with the B shift crew. While we have some amazing cooks here at ACFR, Firefighter Ben Ramos and his crew explain its not just about the meal, it’s also about “crew-nity.” What in the heck is crew-nity? You’ll have to watch to find out… See all the ways that ACFR stays involved in the local community.

How we get involved Learn more about what our Fire Prevention Bureau does. Check out the latest important news and updates from ACFR. If you would like to learn more about what Adams County Fire rescue is all about, please watch our recruitment video.

View all updates from ACFR

Have a question that only a firefighter can answer? Ask us below and one of our team members will get back to you shortly! Three members of our wildland team have been deployed to help fight the Cameron Peak Fire. The crew arrived on Brush Truck 13 this morning and have been assigned to Division R. We’ll keep you updated on our crew throughout their deployment. 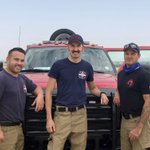 Crews responding to a two car motor vehicle accident at W.80th and Conifer Road at 7:57pm. Two patients have been extricated and have been transported to medical facilities. Scene is stable. @NMFirePIO and @ThorntonFire on scene as well. 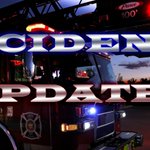 Today in a virtual race, ACFR members ran at Baker Reservoir to honor @AdamsCoSheriff Deputy Heath Gumm in the Gummball 5K. Deputy Gumm paid the ultimate sacrifice on January 24th, 2018 we are committed to honoring his memory. Proceeds from the race go to Childrens’s Hospital. 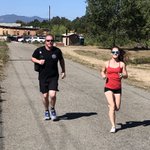 At 3:08 this afternoon ACFR crews and @SACFD200 responded to a water rescue call at East 74th and York Street. Male was trapped in a pond. Patient has been transported to a local hospital. 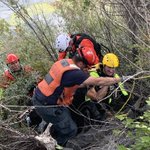 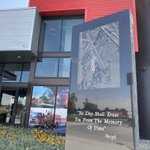 Three members of our wildland team have been deployed to help fight the Cameron Peak Fire. The crew arrived on Brush Truck 13 this morning and have been assigned to Division R. The fire started on August 13th, has burned over 100,000 acres, and is 15% contained as of today. We'll keep you updated on our crew throughout their deployment. Click this link for the most updated information on this fire, and weather conditions. inciweb.nwcg.gov/incident/6964/ ... See MoreSee Less

Our "Cooking with ACFR" series continues as we stop by Station 13 and check in with the B shift crew. While we have some amazing cooks here at ACFR, Firefighter Ben Ramos and his crew explain it's not just about the meal, it's also about "crew-nity." What in the heck is crew-nity? You'll have to watch to find out...
www.youtube.com/watch?v=8A85OTnHbCc&t=6s ... See MoreSee Less

All week the ACFR technical rescue team members are taking part in third quarter technical rope rescue training at North Metro Fire Training Center as part of the North Area Technical Rescue Team. Every year, our tech rescue team takes part in at least four North Area Technical Rescue Team rescue trainings. This quarter is rope rescue, concentrating on tower climbing and rescue. The other trainings are confined space, trench, and structural collapse training.
Earlier this week, the C shift tech rescue team members practiced climbing an antenna over 80 feet, while becoming more efficient with fall protection equipment. Once they were at the top, each member had to perform a task of tying three knots. This demonstrates their performance comfortability, while working at heights. They then had to change locations on the tower at height and repel to the ground.
The other part of the training was conducting a rescue scenario. The team was tasked with raising a patient about 40 feet off the ground using a two rope system and then transitioning to a lower system.
The goal of the training was for the C-shift team members to train together as a crew and with NATRT, to solve difficult technical rescue scenarios and challenges, while working on their skills, communication, and efficiency as a rescue team. ... See MoreSee Less

Congratulations Kacey on your award! We love working with such talented and amazing people! ... See MoreSee Less

All of our tech rescue members will be training this week at North Metro Fire Department’s Training Center. However, over the weekend, one of our members used those skills to help raise money to fight cancer. Lt. Joe Anderson II, head of ACFR’s tech rescue team, volunteered for the Over the Edge event this weekend in downtown Denver, which benefited the Cancer League of Colorado. Lt. Anderson II put his rope access skills to use by helping people rappel 448 feet off of a downtown skyscraper, a total of 38 stories in all. He was joined by firefighters from South Metro Fire, Thornton Fire, Greeley Fire, and Alpine Rescue.
All of the money raised goes directly to cancer research. As of today, over $243,000 has been raised from the yearly all volunteer event. We should note, Tiffany, one of the women Lt. Anderson II assisted over the weekend, has been cancer free from a brain tumor for an entire year. Rappelling down a skyscraper was on her bucket list. Well done Tiffany… ... See MoreSee Less

Always have been proud of you Joe!